Our slide programs cover a wide range of topics from US National Parks to finding nature right in our own back yards. They have been enjoyed by many audiences, from children to seniors, and everyone in between!  We offer photo workshops that vary in length from one to four hours and are accessible to photographers of any skill level.  Simply contact us to arrange a program for your group!

Nature at Your Doorstep

If you think you have to travel to the far corners of the earth to explore the beauty of the natural world, think again! Birds, flowers, butterflies, reptiles and amphibians abound in New York's Capital Region and just beyond. This program highlights the species that can be found in our own backyards and just a few hours’ drive beyond. Some of the region’s most popular natural areas are included in this program. So come and watch, then get out and enjoy nature right in our own region!

Nature's Beauty From Coast to Coast

From sandy Atlantic beaches, to rocky Pacific cliffs; from lush valleys full of ferns and flowers to stark deserts; from lofty mountains to flowing rivers, our country offers a vast array of habitats and scenery. Join us as we explore many of these natural places of immense beauty.

Attracting Birds to Your Backyard

We all enjoy the birds in our own backyards. In this slide-illustrated program, we cover the basics of attracting birds with food, water, and shelter. We cover types of feeders and feed, plantings and cover for birds, and common questions such as squirrels and hawks. Photographs show many of the common and less common backyard visitors to the northeast. Enjoy the show, and bring your questions!

**Note: We also offer an expanded, two-hour version of this program as a workshop, offered to educational groups. 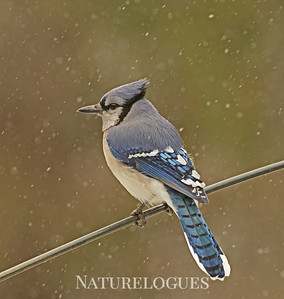 From Maine’s rocky coast to Florida’s everglades, through the great plains and badlands, to the mountains and deserts of the west, and on to the unique habitats of Hawaii and Alaska, we explore through photography the scenic wonders and wildlife diversity preserved through our National Park System.

Purple Gallinules, Roseate Spoonbills, nesting wading birds and wintering passerines; alligators, crocodiles, and colorful tree snails; all are part of the rich yet fragile Everglades. From the ”River of Grass” to Florida Bay, we explore this park’s major habitats and share its best birding areas through pictures. The program concludes with a poignant photo/music reflection on this remarkable place. Discover what draws us again and again to spend a day - or even a week - in the Everglades. 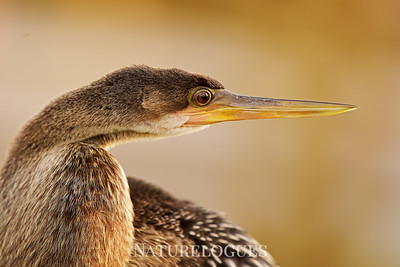 From its sandy beaches and cypress swamps, to its city parks, to the magnificent grassy river of the everglades, south Florida continues to be a major destination for birds and birders.  Hawks, songbirds, and waterfowl abound, not to be outdone by a wonderful array of wading and shore birds.  Join us as we explore some of the hottest of south Florida's birding hotspots!

The Nature of South Florida

So many people come to south Florida, and it's no surprise! The sun, the warmth, the beautiful beaches; its a destination for relocating, retiring, or just escaping to for a couple of weeks during the winter.  For however long your visit may be, we encourage you to take advantage of the beautiful natural history south Florida has to offer.  To that end, we offer this slide program, which features some of our favorite places for doing just that! 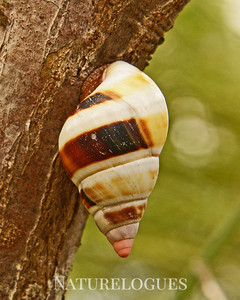 The advice to birders who want to see a lot of birds is often, "visit a lot of different habitats." For large numbers of very different habitat types, southern California is a winner. Our photo journey takes us from isolated islands off the Pacific coast near Ventura Beach to an inland sea created by an accident of nature. In between we encounter lush wetlands, barren deserts, scrublands, dry riverbeds, and city parks.  Many habitats, many birds.

On the Edge: The Harrowing Lives of Birds

They fly. They sing. They are beautiful. One might thing that the life of a bird is all adventure, music, and romance. But for these tiny creatures, it often takes great vigilance just to survive. In this program we explore some of the strategies used by birds to successfully make their way in an often hostile environment.

The Rio Grande Valley of west Texas is one of the top birding areas of the US. With target species including Green Jay, Plain Chachalaca, Clay-colored Thrush, Great Kiskadee, Least Grebe, and Green, Ringed, and sometimes even Amazon Kingfishers, "The Valley draws birders from all over the country.  This program highlights some of our favorite birding sites from the Gulf Coast to Laredo, as well as some of the spectacular birds that inhabit them.

Great forests, tundra, glaciers, and fjords surround the tallest mountain in North America! Even today, Alaska still looms as a last frontier, wholly remote and teeming with wildlife. It is with a sense of wonder and awe that we present our own impressions as we explore this wonderful land from Juneau to Barrow. 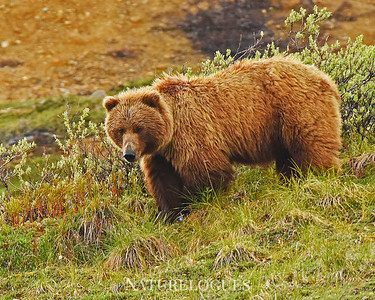 Suitable for all levels of photographers with a variety of equipment, this program covers basic elements including light, composition, and focus, and how they apply to close-ups, landscapes, and wildlife photography. We also discuss tools and techniques in the field, and simple editing.

The Hawaiian Islands make up the most isolated archipelago in the world. In this slide program we share our exploration of four of the islands that make up the chain: Oahu, Kauai, Maui, and The Big Island of Hawaii. We will look at Hawaiian plants and wildlife, both native and introduced, as well as the interesting geologic features that make up these islands. Of course no visit to Hawaii is complete without beautiful scenery, and we will offer plenty of that as well. Join us for a look at one of the most remote and beautiful places on earth!

Unbroken Wings: A Story of Birds and the People Who Saved Them

The Migratory Bird Treaty Act went into effect in 1918, at a time when bird populations were under serious threat.  Over the years since, the Act has been a boon to bird conservation and has been credited with bringing species back from the brink.  Now, over one hundred years later, the Act is in jeopardy and the birds it protects are threatened once again.

We have prepared this special program in the hope that by showcasing avian beauty, behavior, and diversity, and by weaving in the conservation movement's successes and failures over the past century, we will fine encouragement from the efforts of the past and fortification to continue the struggle into the future.

From plume hunters and pesticides to the recovery of the Bald Eagle, we look at species and habitats lost and protected; birds whose range has changed in our lifetimes, and special conservation issues we have come across in our extensive travels across the US.  We close with a discussion of current and future threats and challenges to the survival and success of avian populations.

Southeastern Arizona, with its "sky islands" and avian species that barely reach across the border from Mexico, has long been a mecca for birders. But surrounding areas have great birding too, and the whole region boasts scenery beyond compare. While we'll focus on Arizona south and east of Tucson, we'll also highlight some of the many reasons to consider expanding your forays to the Big Bend and Davis Mountains of west Texas as well as to southern Utah!

This slide-illustrated program illustrates many of the magnificent birding destinations in America's southwest. We 'explore' this region's fascinating habitats, from mountains to grasslands, deserts and the riparian areas that provide oases for birds. We’ll showcase the unique and beautiful birds within each of these areas, as we discuss places to go and when to visit. 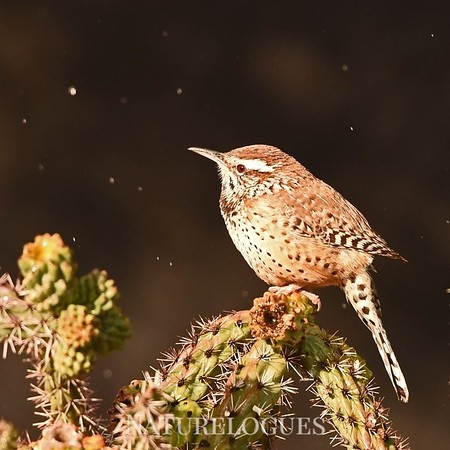 Monarch Butterflies are unique.  Seemingly fragile, they migrate 3,000 miles each fall to their wintering home in Mexico.  Their death-defying caterpillars live solely on toxic milkweed, then use this toxicity as a defense against predators.  Some of the details of their life cycle are still shrouded in mystery.  This program explores the world of these amazingly adapted and strong pollinators that are in steep decline in North America.  We look at some of the causes for their decline, and offer some steps we can take to help stop it, including creating a butterfly garden. 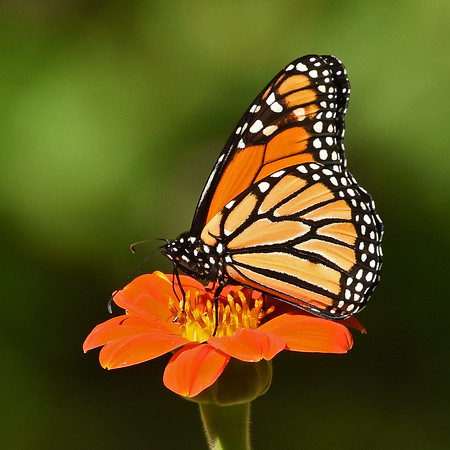 How to Photograph Birds

We all love birds and birding, but how do we best photograph them?  Whether it is to document a rarity, get that publishable shot, or capture the beauty of the birds in your backyard, there are techniques that will improve your ability to get the image that you want.  In this fast-paced one hour workshop we will cover the key elements of bird photography including light, composition, and focus.  We will discuss ways to approach birds in the field to capture the best shots, as well as some simple editing techniques and the equipment needed for bird photography.  Along the way we illustrate our points with some of our favorite photos of birds.

Valley of Life:  The Beauty and History of Death Valley

With names like Coffin Peak, Funeral Mountains, Furnace Creek and Scorpion Lane, Death Valley commands respect.  It is the hottest place on the planet, and the lowest and driest place in North America.  Yet this harsh and beautiful land hosts a surprisingly diverse community of plants and animals.  It also played a vital place in our nation's history with its riches and challenging landscapes.  In this program we explore Death Valley National Park, the largest in the lower 48 states, protecting nearly 3.4 million acres of Mojave desert.  Join us as we examine both the human and natural history of this valley  of varied and beautiful habitats, from salt flats to dunes to the majestic mountains that surround it on all sides.

New York's iconic Hudson River changes dramatically as it journey's 315 miles from the Adirondacks to New York Harbor.  This photo tour highlights its development from a tiny, shallow, rocky stream to a raging freshwater river, to a tidal estuary below Troy.  We'll pass its deepest and widest points, view it from boats, shorelines and mountains, and observe the wildlife and habitats along its course as the river passes through forest, field, marshland, and cities large and small.  We'll take in the dramatic human history of this great river as well, observe its role in art, transportation and industry, and ponder its fundamental role in America's environmental movement.  Join us for this special look at "The River That Flows Both Ways." 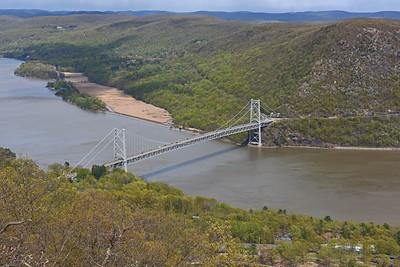